I ran a 5k Saturday.  It started well.  I really enjoyed mile 2, a delightful slightly downhill section.  I was feeling pretty good and setting myself up to have a great 5k race.  Until, that is, um...we got lost. Technically, I guess we weren't lost, but at the very least...confused.  The route was not marked well. There was a 12k and 5k running simultaneously and the timers just didn't use enough signs.   Perhaps they didn't think it was necessary?  The pavement was not chalked either.   The little pack of runners I was in actually stopped several times, threw our hands up, and said "which way"?  I'm serious.
﻿

Our 5k ended up being closer to 3.5 miles or a 5k-ish, so to speak.  My friend Beth said it perfectly..."Hey come and run the Christmas On The Coosa Design Your Own Route!"  Naturally, we all complained loudly when we finally made our way across the finish line.   The timers said they announced before the race which turns we should make.  I don't live there and don't know the street names.   Oh, and we also found out they "didn't bother to measure the course".  Are you kidding me?
﻿ 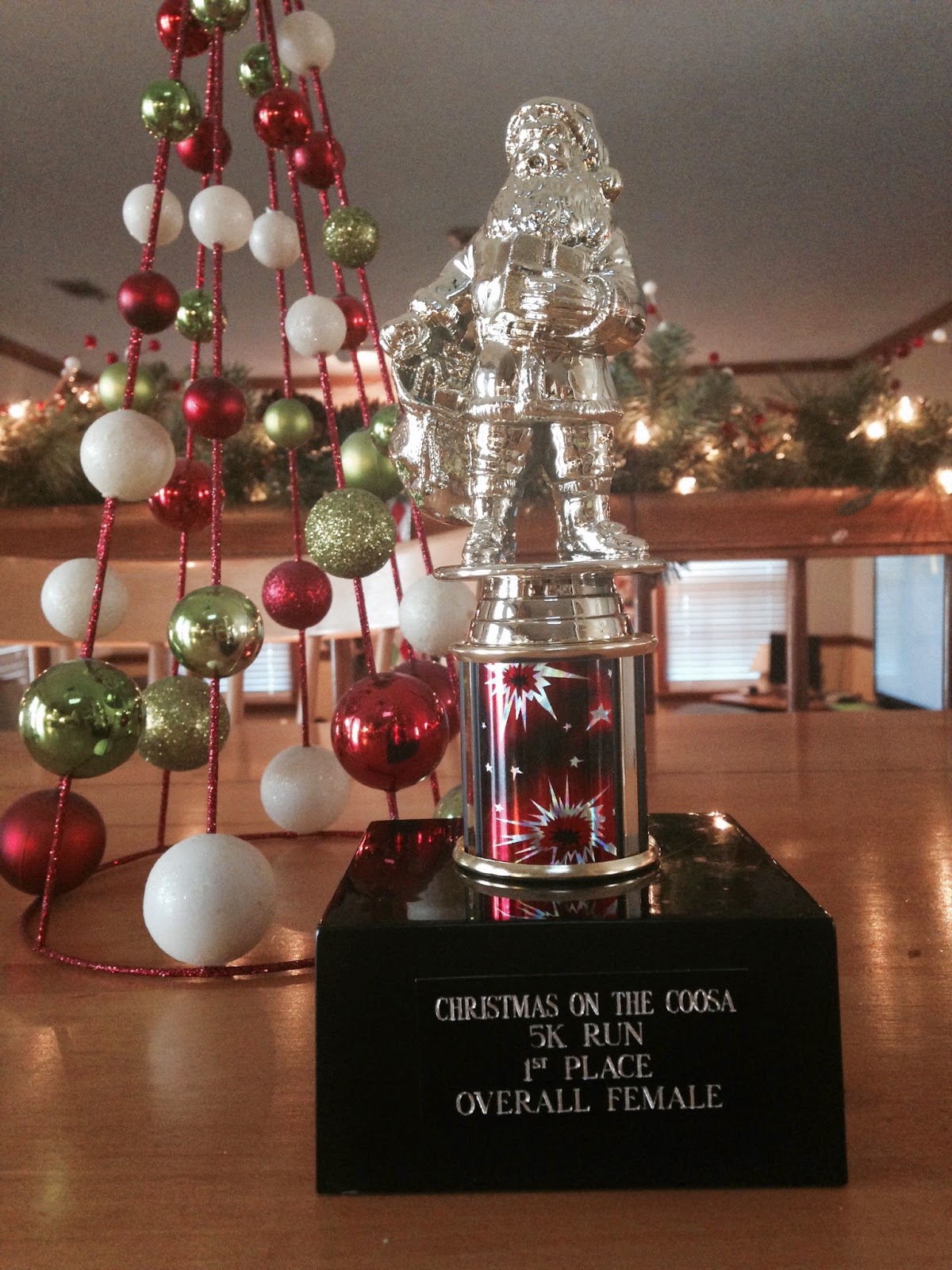 It wasn't all bad.  On the much brighter side, it was a beautiful sunny and chilly morning.  We received a fleece beenie instead of the usual T-shirt and *** wait for it *** I won overall female.  Overall Female.  Yes, it was a small race and there were faster females in the 12k.  But {hold the phone}, I'm not going to discount my win, as I typically would.   No!  I had to pass the second place female three stinking times.  Let me say, when you stop and throw up your hands in confusion you do tend to lose any lead you have.  I also stopped to tie my shoe!  (I forgot to check them before it started!  Duh.)

You know what?  I've run hard all year, by cracky, to the very edge of exhaustion actually.  I'll take that overall trophy, thank you very much!  Naturally, I celebrated with a peanut butter waffle.  Whoop whoop.


Has any one else ever run a poorly marked route?

Posted by HoHo Runs at 7:56 PM
Email ThisBlogThis!Share to TwitterShare to FacebookShare to Pinterest