Run for the Redfish Recap

This was the half I was going into with "no expectations".  My oldest son enjoys this half and we don't get the opportunity to do many races together, so of course I said YES .  Well let me just sum it up in one word:  FOGGY.  And of course, fog = humidity...my nemesis.  Ugh!  It was too warm as well.  Had I not looked at the calendar before leaving home, I would sworn I was running in August. The fog never lifted.  Not. All. Day.


I'm glad now I planned to run this one for "fun" because my performance suffered.  Had this been a goal race for me, I would be devastated.  {It's disappointing enough as it is.}  The route is out and back right along the beach with very few hills.  I actually started out on target but by mile 8, I was completely zapped.  Done.  Over.  The Fat Lady Sang.  That's what the humidity does to me.  Thankfully, I was able to keep the cramps at bay.  That's the other thing I typically deal with in these conditions.

The weather is no fault of the race itself.  It's a very well done smaller race with plenty of nearby parking and easy packet pickup.  I can't complain about a flat route with stunning ocean views.  The after party is hosted by Jimmy Buffet's Margaritaville.  I mean, come on, it doesn't get any better.  They served Landshark on draft and seafood gumbo.  You get a very nice long sleeve tech shirt and the entry fee is nominal, compared to others.


Oddly, there is  little crowd support.  There are people at the finish but really not on the course.  I saw a few chalked messages but that's about all the Rah Rah we got.  I'm OK with that.  I supposed one reason could be because it's in a tourist town.  Also, we were told they are not allowed to close the roads.  So within 2 weeks I ran completely opposite half marathons.  Ultimate spectators to none.  No cars to honking drivers.  Hilly to flat.  This was a completely different experience, and I have no problem with that whatsoever.  That's what makes each race unique and challenging in its own right. 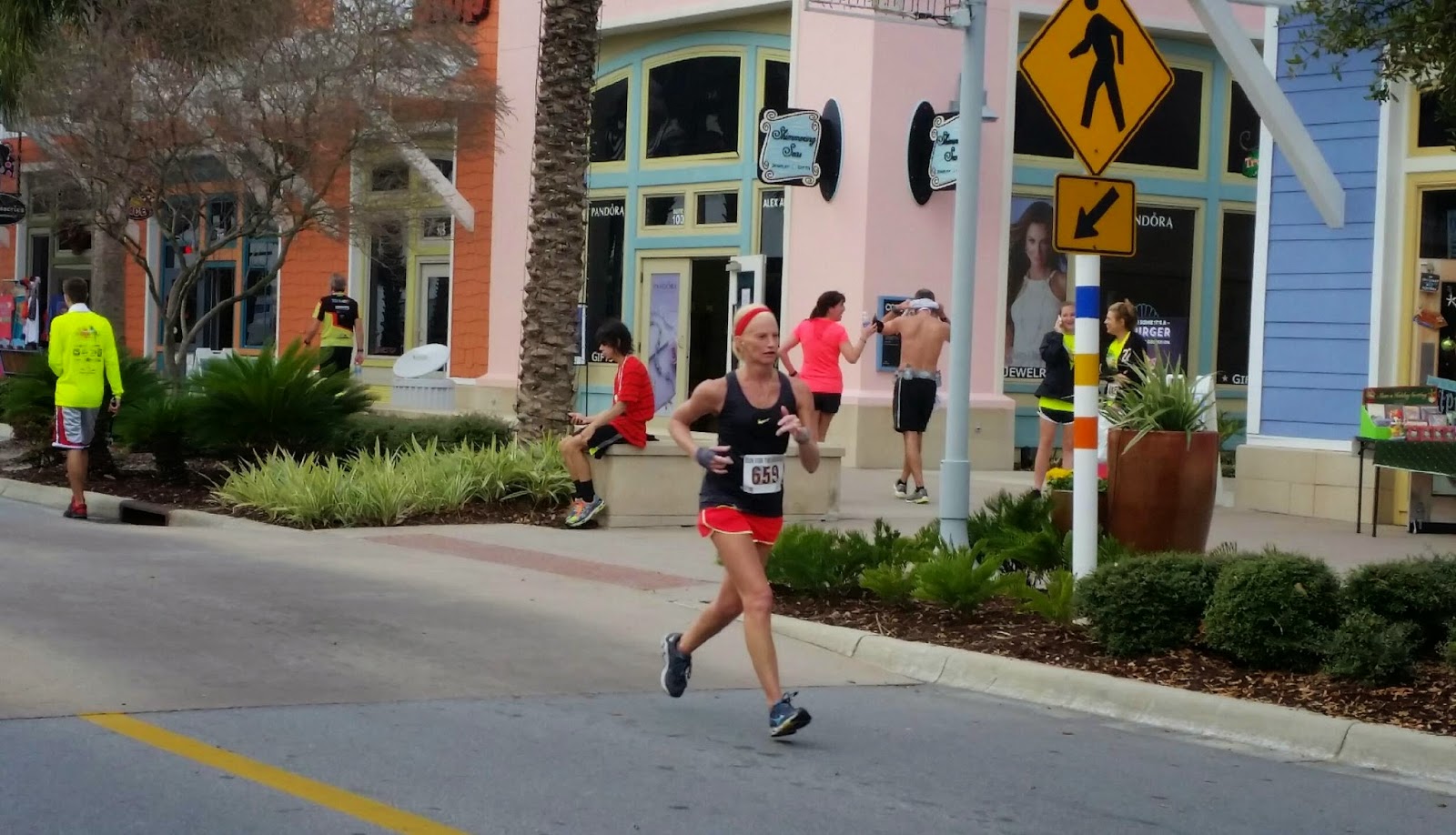 All in all, we had a fun trip.  We finished, although both slower than we should have (me 2:09 and he 1:59).  We'll definitely repeat this one.  I think it's become a tradition.  I got a little Christmas shopping done, we watched the SEC championship game (RTR) and ate delicious seafood.  {Let me just say, eating Oysters Rockefeller and listening to geriatric karaoke are an unbeatable combination.}


Does anyone else have problems running in humidity?  Or, is it just me?  I'd love to hear from you!


Don't forget about the Giveaway Hop.  You still have time to enter and win!