The year began after being sidelined for two months from a devastating (at the time) metatarsal stress fracture.  After spending countless hours pool running and hundreds of miles on my bike, I ran the Disney Marathon in January anyway.  It was such sweet reward to cross that finish line, but my body took a beating -- it wasn't trained for all that pounding.

After seven weeks of recovery and rehab and taking time to become a RRCA Certified Running Coach, I joined with Tricia from MissSippiPiddlin again (she also ran Disney) for the Rock 'n Roll Half in New Orleans.  My time was nothing to write home about, but I was happy to be running pain free and back to the distance I loved best.  She and I went on to run the Montgomery Half a few weeks later, which was a strugglefest of cramps for me -- making my age group award that much sweeter. Several 5ks were sprinkled in for good measure. 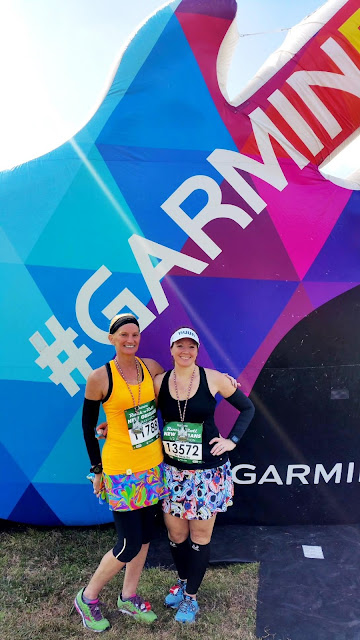 The spring months were a mad rush to get in a few more half marathons before the weather became too warm.  There was the Centerpoint Half in a neighboring town and the irritatingly windy Kill Clif Destin Half where I received the biggest medal I've ever seen.


There was the awesome Tear Drop downhill half with 2500 feet of elevation lost within 8 miles of the race.  Next up, the challenging most-elevation-gain-I've-ever-run Gateway to the Smokies where I was thrilled to meet Karen from Running Over the Hill.  Those hills were certainly challenging, but we both placed in our age groups.  There were a couple of spring 5ks as well.


As training for the Chicago marathon would kick off in July, I chose to run lower mileage months in May and June and substituted the miles with rides on my bike.  Oddly, an idea sprung from that.  Perhaps I could do a duathlon?  That idea quickly morphed into -- Just Go Ahead And Do A Triathlon!  I took a big leap, faced my fears, and participated in the Callaway Gardens Sprint Tri in June.  So.much.fun!


I went on to complete 3 more triathlons.  I was required to jump off the deck of a old fashioned riverboat at the Capitol of Dreams, and was rewarded with age group placements in the both the Chewacla and Transporter Tri's.  I found I simply adored the bike segment.  {We won't talk about the swim leg. Ahem...}

I found the triathlons to be a nice diversion from marathon training in our ridiculous summer heat.  Of course my favorite other activity was in full swing.  There is nothing better than slalom water skiing!


October kicked off with the Chicago Marathon.  Although a wonderful experience and a chance to meet bloggers I now consider dear friends, a nasty fall in mile 12 left me wanting more.  Coupled with the fact I couldn't tell I'd run a marathon (other than busted  knees), I hit the registration button to repeat the Disney Marathon.  After a few weeks break, I returned to marathon training.


I saw glimpses of my previous faster paces during a couple of fall 5k races.  I also ran my first Capitol 10 Miler and added two more half marathons (the Veterans Day weekend Soldier Half and coastal Panama City Beach Half) as part of my marathon training.  It was incredible to meet and spend time with fellow blogger friends to cap off my final race of the year!  We deemed it a HoLottaFun!


After a rocky start to 2016, things did improve.  I healed!  I found a new love of cycling and enjoyment of sprint triathlons.  I would never have found these without that sidelining injury that forced me back onto a bike in the first place.

So I'll begin 2017 with the Disney Marathon, followed up with a few weeks of rest.  After that?  Well, I really don't know.  I'm sure there will be some half marathons.  But, we'll just see what the year brings. The possibilities are endless.  New opportunities are everywhere... 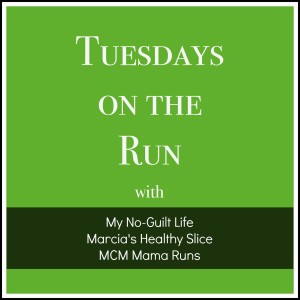 Posted by HoHo Runs at 5:35 AM
Email ThisBlogThis!Share to TwitterShare to FacebookShare to Pinterest