************************************************
﻿
﻿
As this post goes live, I'm still in Chicago paling around with my co-host Wendy, reconnecting with other running buddies and meeting new ones too.  Hopefully, I have crossed the Rock N' Roll half marathon finish line.  I will have lined up with zero expectations after slogging through our summer morning's unrelenting heat and humidity plus recently being sick for about 10 days. 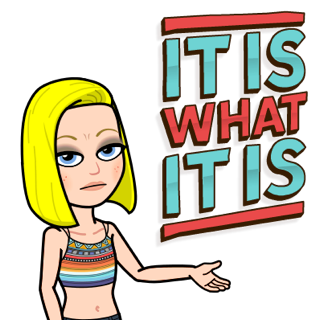 I ran twice this week just trying to get back in a running groove; also knowing it is too late to make any improvements for this weekend's race.   Monday's run was 50 minutes long.  My pace?  No idea. My Garmin was dead even though it was on its charger.  Me thinks it's time for a new watch.  It lasted less than 3 hours in my last marathon.  Comparing to last year, it lasted all day on both Century Rides. Anyway, it felt pretty liberating not to constantly check my pace.  I already know I run much slower in the summer and certainly don't need to be reminded of it.  It also gave me the idea that perhaps I should run the half marathon sans Garmin.  Stay tuned...

Thursday's run was 4.3 miles of super easy progression.  It was slow enough to be a solid run.  And what I mean by that is...no walking.  My reality during the summer is that if I try to run what I consider my normal pace, I can only make it about a half mile.

After running for weeks on end in morning dew points of 75-76 {the "skip it" category on the scale below from this article in Runners World} I pray that Chicago is at least kinder in that regard.

After frustrating travel delays, which unfortunately is the theme of late, I arrived in Chicago where Wendy graciously picked me up from the airport after being on hold for several hours.  We had fun catching up over Mexican food....and maybe a cocktail.  We also connected with many of the bloggers that link right here.  What a special treat!  But, you'll have to wait for the details on that.


An InLinkz Link-up
Posted by HoHo Runs at 2:14 PM
Email ThisBlogThis!Share to TwitterShare to FacebookShare to Pinterest