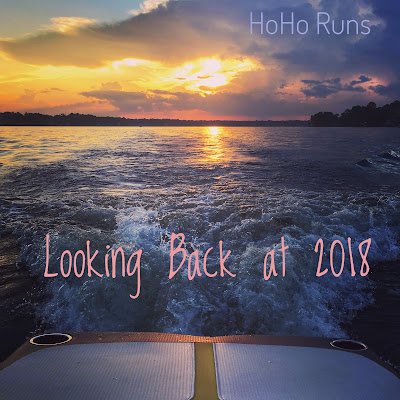 It is so hard to condense a year into one post.  I tried!  And I'm pretty sure I'm forgetting something noteworthy.  While it was amazing year spending time with family and friends, of new adventures, of race-cations and more -- I certainly had my share of struggles as well.  I hope you'll hang tight as I take a peek at the highlights. 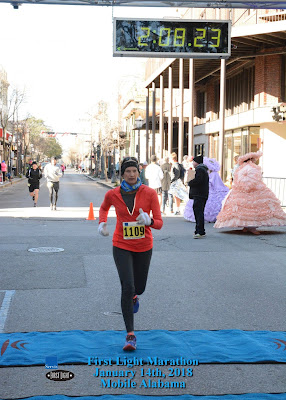 The year began with a January day trip with gal pals to Mobile for the First Light Half Marathon.  It was the coldest race I've ever run with a feels like of 17 degrees.  I was surprised to place in the Grandmasters category with a 2:08.  I followed that a few weeks later with the always hilly but always beautiful Callaway Gardens Half Marathon.   I won a beer stein for my efforts in their small turnout.


Wendy and I joined forces in February for the Mercedes Half Marathon.  After first reporting a chance of snow and cold temps, that eventually morphed into warm and muggy with heavy rain.   You know we had tons of fun but we still talk about that awful humidity.  It will forever be the Litmus Test to compare all other races {At least it wasn't as bad as Mercedes!}.  I suffered horrible cramps which carried over to my next race.


The Montgomery Half Marathon came next.   It's always fun connecting with local running friends. but I was again plagued with cramps.  Humidity always does a number on me.  At least it wasn't as bad as Mercedes.  [See how that works?] 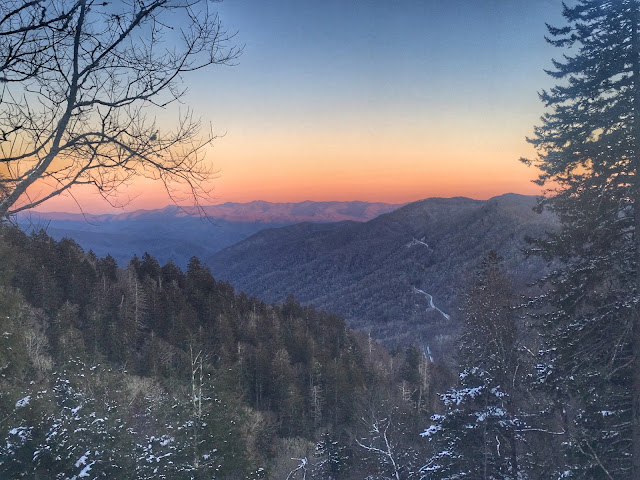 Late March found me in Gatlinburg, TN where I hiked with our middle son in the stunning Great Smoky Mountains. Over two days we traversed through water, mud, ice and snow for a total 17.2 miles with an ascent (and corresponding brutal decent) of 5,505 feet.  OOF.  We then spent time in Chattanooga where I shuffled my sore post-hiking body through the Raccoon Mountain Half Marathon and he the 10k.  The course was sadly mis-marked and short of the half distance. However, we received a real coonskin cap and other great swag. 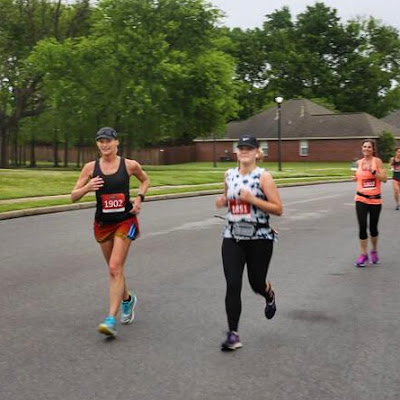 I went on to run the Centerpoint Half Marathon in April and felt my time of 2:06 was an improvement over the way I had been running so far in the year.  I  placed second in my age group in this small town race.

A trip to the beach soon after found me in full marathon training mode.  After a 16 miles weekend run there followed by a 17 mile weekend run at home, I ran the Tear Drop Half Marathon.  Since I had chosen this course for downhill speed work for my upcoming downhill marathon, I ran with no rest or taper. BOOM!  I was thrilled with a 1:58+ and replaced a PR set back in 2014.


I finished marathon training in May clocking my final two long runs of 18 and 20 miles.  I ran our local Jubilee 8k as one final chance for speed training.  After an awful performance in summer-like conditions, I was left wondering how on earth I would get through 26 miles in just a few short weeks.  We also celebrated our last son's high school graduation.  Soon, we would be official empty nesters. 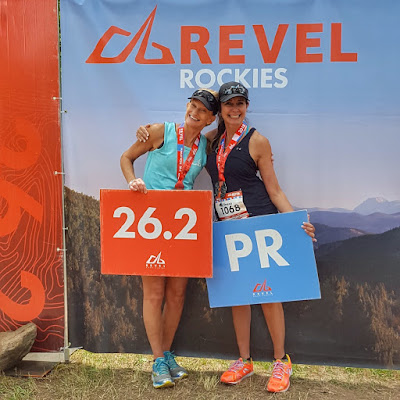 June found me high atop Colorado's Rocky Mountains at 10,507 feet for a PR attempt on REVEL's downhill marathon course.  Having snow skied a few times and run a half marathon in CO, I knew the risks of high altitude.  I crossed the halfway timing mat with a pleasing 2:05 and then suddenly became very ill.  I was able to finish in 4:48 with more walking than running during the last half.  Teresa and I had been trapped in transportation hell with little sleep, perhaps triggering the altitude sickness, but rest assured -- there was plenty of giggling over the weekend. 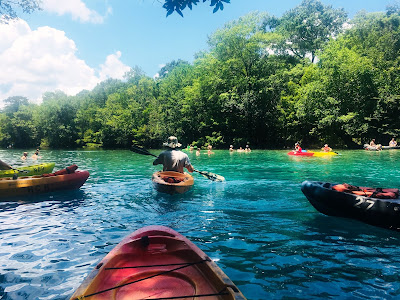 I flew from Denver to sea level on the Florida panhandle where I did not move from my beach chair for a few days.  I was eventually able to slowly shuffle around and enjoyed kayaking with the family in beautiful Holmes County Creek.  We swam in the crystal clear springs.


With a nasty lingering illness as we traveled to watch our grandson's baseball team advance from City to Regional to State Playoffs (and later on to the Dixie Youth World Series) it was soon time for the Chicago Rock 'n Roll Half Marathon in July.

It poured buckets of rain in Chicago and my endurance was sorely missing from being sick and under trained.  But, it was a wonderful opportunity to re-connect with fellow blogging friends and finally meet feels-like-we've-already-met friends too. 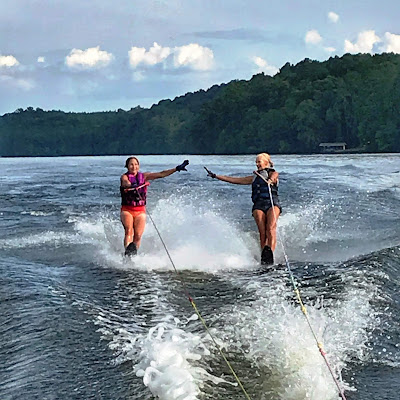 After Wendy graciously hosted my visit to Chicago, I returned the favor as she came to water ski in August.   It's a rare treat to ski in tandem!  We enjoyed a couple of days of skiing, pool shenanigans, back porch swinging and even a little running too. 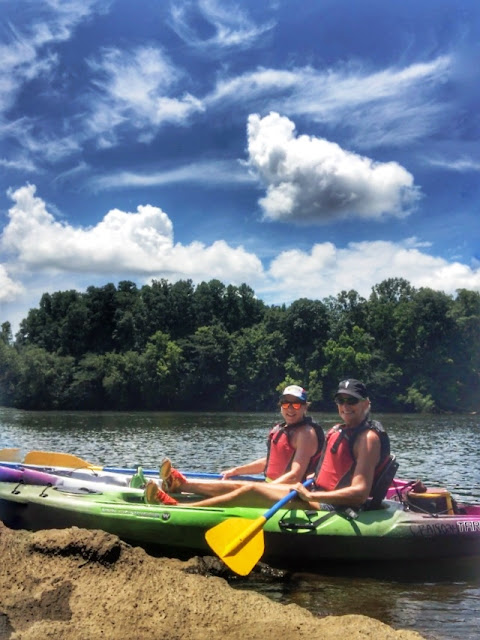 Always looking for new ways to have fun, I threw in a Coosa River Adventure complete with rapids and tipped kayaks (OK OK, that was just me).  It was so much fun that I repeated the adventure with my sons and sister.  We began to prepare our home of over 19 years to be placed on the market; thinking this would be a great empty nest diversion.  Little did I know how stressful that would be. 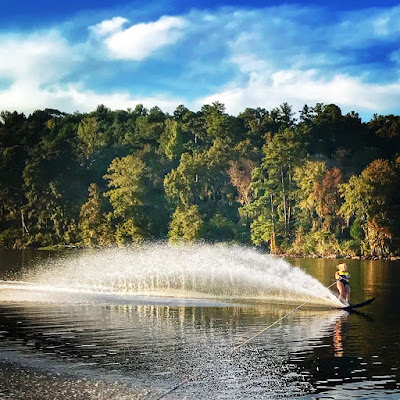 After a slow start, I packed a lot of waterskiing into late summer.  September's final weekend found me on my last run of the season.  We continued to stay busy throughout early fall viewing lake properties and readying our own house for sale...and watching college football.   ROLL TIDE

While upping my base mileage from a low summer season, I ran my first 5k of the year in October and another in November, both rewarding me with age group wins.   I wanted to run more 5ks but we had heavy rain most weekends this fall.  I felt strong in our city's Capitol 10 Miler and hoped it would translate well to my first half marathon of our racing season. 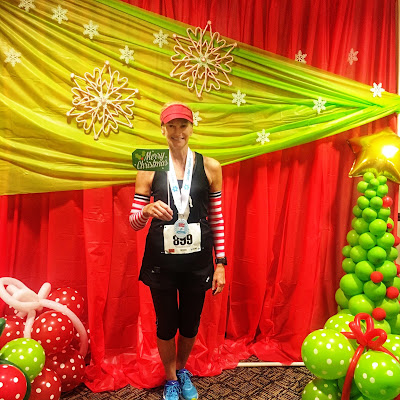 Although very festive, December's Candyland Half was disappointing.  Those hills never stopped coming and my aging body simply hurt the whole time.  It still does.

We've received several offers on our home recently and as the year winds down, we've contracted with a buyer.  We will be starting a new chapter.  There will be new roads to run,  mountainous hills to conquer on foot and bike, many slalom sprays to make, and other water adventures too.  Most importantly...we hope to make many wonderful memories with family and friends.


An InLinkz Link-up
Posted by HoHo Runs at 12:59 PM
Email ThisBlogThis!Share to TwitterShare to FacebookShare to Pinterest