Although not without struggles, it has been an amazing year!  From new adventures to connecting with dear friends -- trying to whittle a year down into a summary post was not an easy feat.  However, reliving my 2017 memories has me excited to see what 2018 has in store.  Let's take a look back at the highlights... 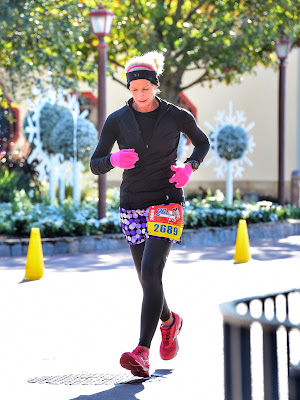 The year started with a race-cation and PR at an unusually cold and windy Disney Marathon where I was elated to knock 13 minutes off my Chicago Marathon time from three months earlier.  After a respectable recovery period I returned to running.  However, a niggling foot pain sent me to the podiatrist where I found my foot was fractured in the base of a metatarsal bone.  Based on its remodeling stage, I was told it was at least four weeks old. Ergo, I had run the marathon with it broken.  {Shut the front door!}  This news was hard to fathom, but at least I didn't have much healing time left. 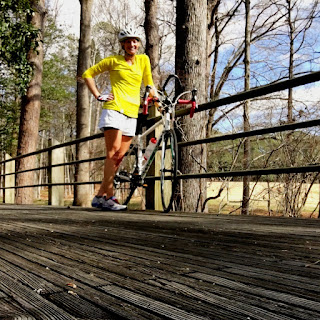 I hopped on Sanity to ride it out -- pun very much intended!   I hit some major cycling mileage clocking 286 miles in February alone.  I didn't know it at the time, but this training would come in very handy later in the year. 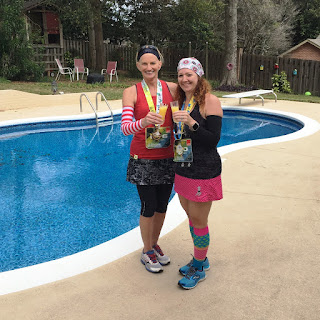 Winter closed out with a fun girls weekend with Tricia who ran my local half marathon while I opted to drop down to the 5k.  I had just returned to running the week prior and wanted to play it safe.  I was rewarded with an age group win and felt I hadn't lost too much fitness. 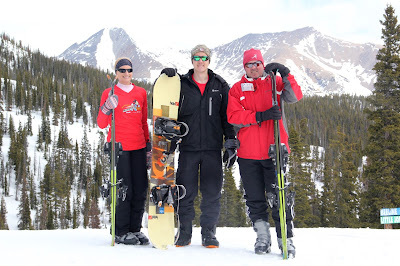 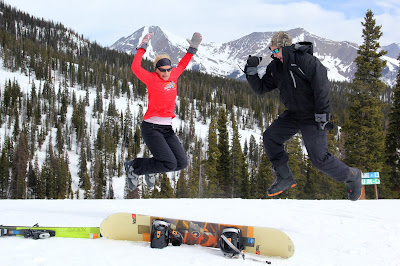 We road-tripped out west to Colorado for Spring Break.  Not only did I get to spend a week snow skiing with PoPo and our youngest on beautiful Monarch Mountain (summit elevation 11,952 feet), we knocked a bucket item off the list by dog sledding through the San Isabel National Forest.  Being stranded on the interstate in a blizzard on the way home was simply the cherry on top of our memory sundae. 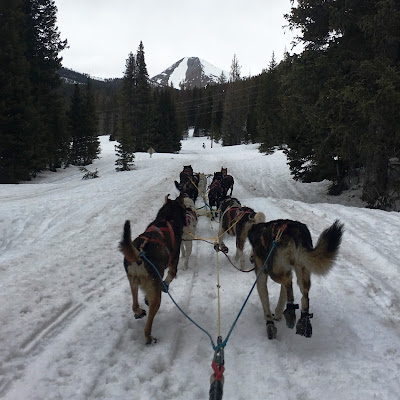 While at the beach in April, I ran the Coach Post 10k followed by our local Pancake 5k in May.  I also ran my first half marathon of the year.  Door County, Wisconsin is the farthest north this southern girl has ever been. Wendy and I tackled those unrelenting hills.  And while not running together, we finished with the same exact time -- to the second.   We had a blast sightseeing, eating the local fare, and jamming to the rocking band at the race after party. 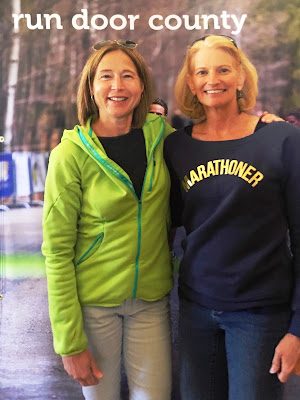 
June brought the Utah Valley half marathon.  I flew directly from a beach vacation to the mountains where I connected with a few blogger friends.   The beautiful net downhill scenic canyon course did not disappoint nor did the fun I had with my pals Judy, Marcia, Mary Beth, Zenaida and Teresa. 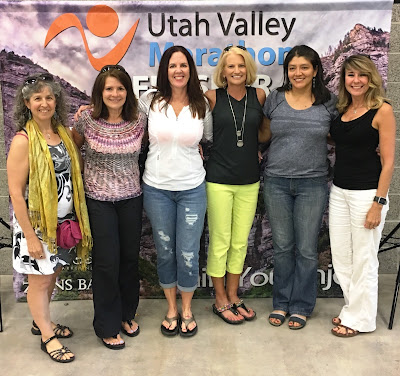 Since he missed our snow skiing trip, our college kid accompanied me to the Utah.  After the race, we stayed on in Provo to enjoy zip lining, the ski lifts at the stunning Sundance Resort, hiking and spelunking.   It was an amazing place to visit. 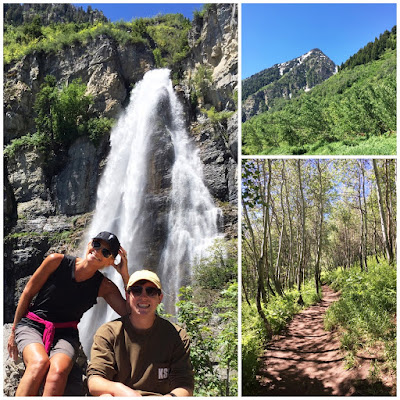 Although I had started water skiing back in April -- my earliest start ever -- the real fun didn't begin until summer.   I declared it the best summer on the lake.  Okay, okay.  I admit I say that every year!  But, the sunrises and sunsets were breathtaking. 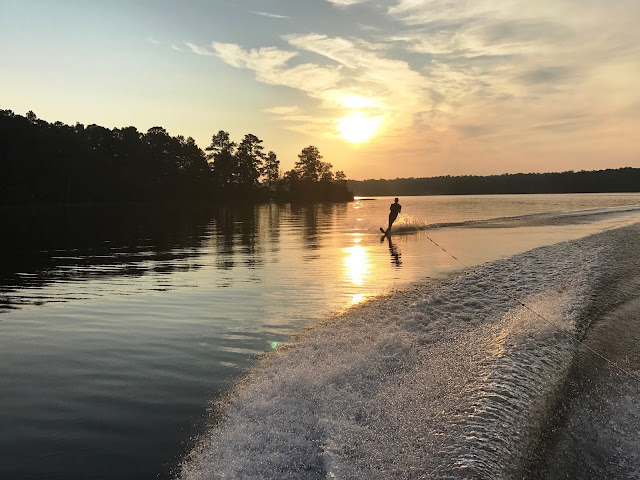 I had been begging Wendy to come water ski with me and she finally relented.   After a few solo runs each, I suggested we ski tandem.  She was all in.  The fun just escalated from there and eventually morphed into our version of the old retro Cypress Gardens Water Ski Show complete with homemade flowered bathing caps and flags.  No telling what we could have come up with if we had planned it.  Trust me, the wheels in our brains have been turning ever since. 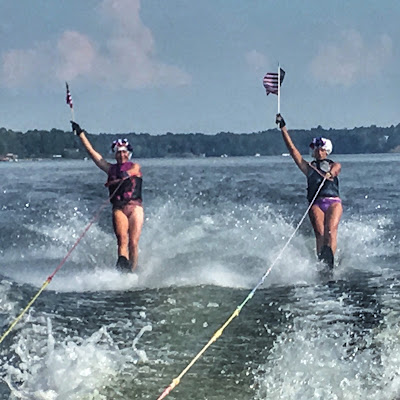 I took a running low-mileage season for the first summer in years opting to spend my time mostly cycling and water skiing. August was another high cycling mileage month of 210 in prep for a fall Century Ride Teresa and I were finally going to check off on that old bucket list.  Although it had technically switched over to fall, the Dam Century Ride was hotter than Hades.  But, who knew you could have so much fun sweltering on top of a bike (while obnoxiously singing loudly) for over a hundred miles? Even.during.a.thunderstorm. 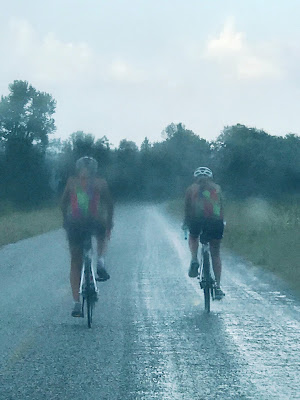 
After a second century ride, the very entertaining Glassner Autumn Challenge, it was time to focus on running again.  I returned to an old plan of using 5k races as speed work by running the Run For Autism, Cow Patty Trot, and Ryan's Run.  I also ran a 12k which was a new distance for me.  I loved everything about the patriotic Battleship 12k and felt my speed work plan was paying off. 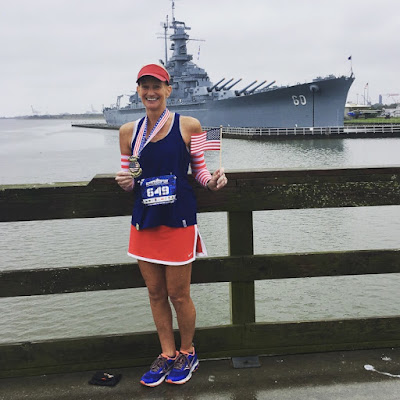 I felt good enough afterward to throw in the Solider Half at the last minute where I reconnected with Teresa and followed that up two weeks later with the Panama City Beach Half where my Southern Sole Sisters joined in on the fun.  Little did Karen, Tricia and Teresa know they'd be going on a thrilling air boat ride and holding a live alligator. 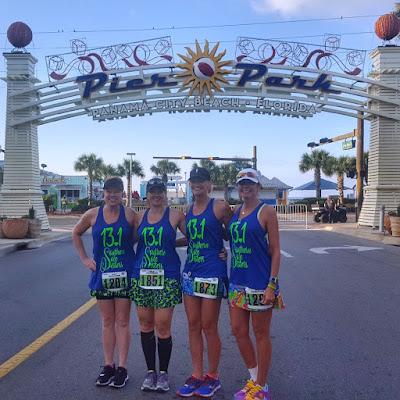 Needing a little half marathon redemption from a poor performance in sunny and hot Florida, I went back to the Gulf Coast the following weekend; this time to Biloxi, MS.  The weather was ideal and the MS Gulf Coast Half was a great way to end the year on a high note. 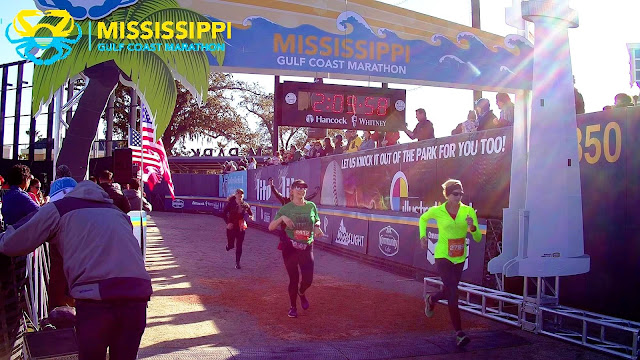 Did you check a item off of your bucket list this year?

An InLinkz Link-up
Posted by HoHo Runs at 2:57 PM
Email ThisBlogThis!Share to TwitterShare to FacebookShare to Pinterest