﻿For the Tuesday on the Run topic, we were prompted to discuss something new we tried in 2017.  Ooooo!  I did something new!  And something pretty epic, or at least it was in my eyes.


This year I cycled not one but two century rides.  If you need a little clarification, century rides are organized cycling events in excess of 100 miles.  Let me tell you...at my slow cycling speed, they are an all day affair.  Century rides are not races.  There is no competition for the fastest time; no age group awards.  However, their completion comes with a load of bragging rights.  I hope you'll humor me...


My buddy Teresa and I had talked smack for a while about doing a Century Ride (or even the metric distance which is 67+ miles).  We just couldn't seem to nail down a date that worked.  Then miraculously, a ride that wasn't even on our radar popped up just days before the event back in September. Teresa was free that weekend so we took the plunge.  At the time, my personal cycling distance record was 65 miles.  Meh...a mere technicality.


The DAM Century Ride was the perfect choice for our first attempt.  It was small, low key and the organizers and volunteers made us feel at ease.  In fact, we had our own personal SAG vehicle.  We pedaled, we sang, we sweated profusely, we talked, we ate, we cursed, we were caught in a thunderstorm.  As my youngest often proclaimed when he was a toddler...it was the best day ever.

I had such a great experience at the DAM Ride, that I did another century ride a few weeks later.  The Glassner Autumn Challenge was a much larger event.  However, it was more difficult to complete without a friend pedaling and singing by my side.  I can admit to a lot of soul searching during this ride as there was plenty of time for thinking.

The Glassner Challenge went overboard with their rest stops.  The food and entertainment were much needed and welcomed breaks from pedaling in the unrelenting deep south heat.  At the Elvis rest stop, the rock band was so good I didn't want to leave!﻿﻿

I was awarded with two medals at the finish line; one for participating at any distance and one for being a Centurion.  I decided they were worthy enough to hang with my marathon and half marathon medals.  'Cause let me tell you, 100 miles is a freaking long way.  On A Bike.  In The Hellacious Heat.  {See?  Still bragging!}


Have you ever thought about riding a bike for 100 miles? 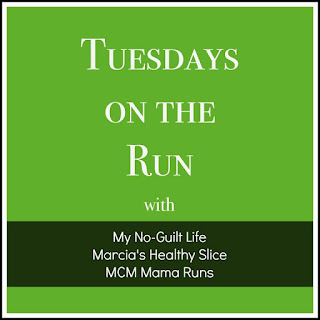 Posted by HoHo Runs at 6:21 AM
Email ThisBlogThis!Share to TwitterShare to FacebookShare to Pinterest