Fall finally came to visit this week and Winter may be sneaking up right behind.   I ran two weekday five milers before work.  They both ended up being progression runs.  It's almost as it I can't run anything but progressively on weekdays.  I'm simply still asleep in the beginning and then running late for work toward the end.

Recently, I decided to go back to my old plan of running 5ks to work on speed.  This has worked well for me in the past.  There are so many races this time of year but I chose the Saints and Sinners 5k.  I've run it before and they have a cute graphics on their long sleeve T-shirts, runners can dress in costume for Halloween, and they have great door prizes.  I did not register in advance since it looked like it might rain...buckets. When I woke Saturday and saw the yellow and red on the radar, I got back in bed and snuggled with the dogs.


After sleeping unusually late, I eventually got out for a midday four mile run.  I was determined to make up for my lost speed work opportunity.  After warming up, I felt I ran close to what I would have in the race.  I was lucky to catch a break between showers and stayed dry until the last mile.  It continued to rain most all day so PoPo and I celebrated Halloween a little early by watching horror movies.


Since we had plans Sunday, I had to get out pretty early for my long run.  It was 39 degrees and very windy, but at least it was sunny.   I kept my Garmin on its heart rate screen and ignored my pace.   I was happy to complete my longest run since June. 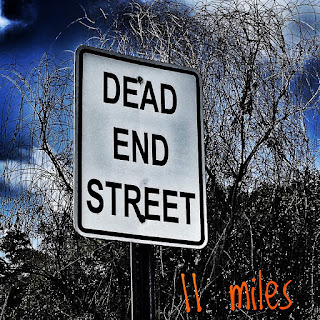 I recently Runfessed about fast tracking for a few weeks to get back on schedule for my next race. After this week, I feel I'm caught up on mileage.  My speed is not there yet but I'll just keep chipping away at it as best I can.  Next week's 5k selection?  The Cow Patty Trot.  My fingers are already crossed for better weather.

Do you have a favorite Halloween ritual?  Favorite decoration?

Have you ever used a 5k race as speed work?


An InLinkz Link-up
Posted by HoHo Runs at 4:55 PM
Email ThisBlogThis!Share to TwitterShare to FacebookShare to Pinterest